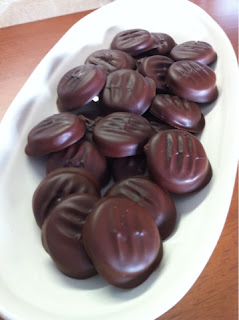 One of my best friends here is a Canadian woman, B. Next month she will be giving birth to a (sure-to-be) beautiful baby boy. A baby shower was definitely in order. This week will focus on the foods and one of the activities from the party.

Today, we will start with (drum roll please) craving-themed foods! B is writing a pregnancy blog aimed towards family and close friends that are inevitably far, far away. One of her posts a while back mentioned some of the foods she'd been craving, "tomatoes, iced tea with lemon, peanut butter and banana sandwiches, milk (which in general I don't really like), Rocky Road ice cream, hot dogs with relish, applesauce, oatmeal, and fried chicken dipped in maple syrup (but that only happened twice)."

For drinks, we had lemon iced tea and milk. For savory foods, I went with mini-peanut butter banana sandwiches, 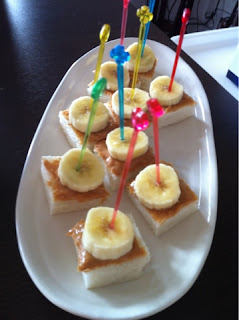 fried chicken with maple syrup (it's just too funny not to include), 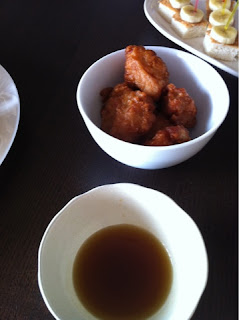 and a tomato, eggplant, chickpea based phyllo dough pastry. 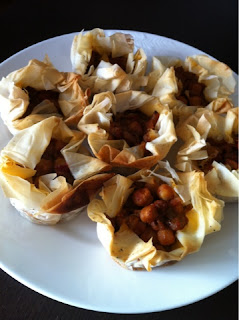 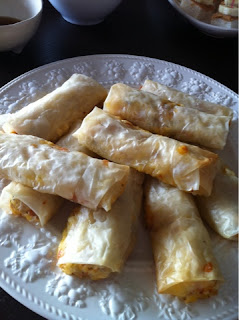 She'd also mentioned in a different post that she'd been craving mint-chocolate chip ice-cream (so much so that she sent her husband out in a typhoon to get some for her). As it's freezing, I really didn't want to do ice-cream. Instead I went with peppermint patties.

You start by making the peppermint filling. It ends up being similar to a dough. I'd read the comments and decided to add more peppermint than suggested. To counter the extra peppermint oil, I decreased the water, but it was really dry and crumbly. 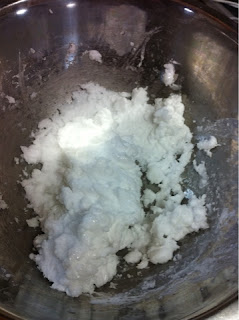 I ended up adding a tiny bit more water to make it hold together. 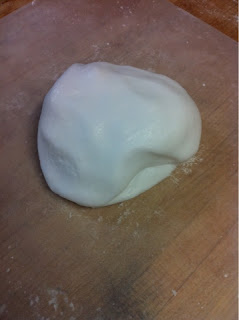 Once that is ready, you roll it out and freeze it 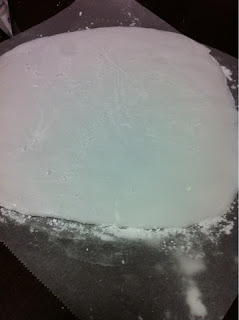 and then cut it into rounds. 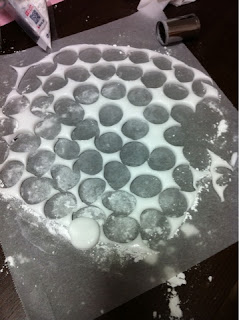 Freeze them again and melt your chocolate. 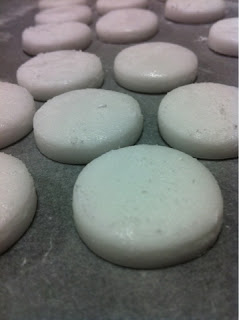 Then dip your rounds in the chocolate, make a little design with a fork and call it a day. 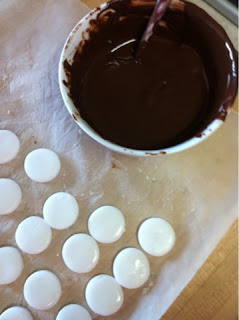 A few tips that I learned while making these:

- You don't have to keep the chocolate at such a specific temperature, as suggested. I was lazy and didn't measure mine at all. I just melted it as usual and then carried on.

- That being said, if you try to dip while the chocolate is too warm, it will melt the mint filling. It's not a big deal, just the shape distorts a bit. If this happened, I just waited a minute or two and gave it another go. 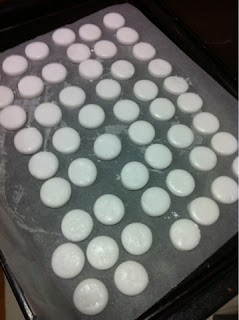 - As usual, I used my broken, plastic fork for the dipping. It has yet to fail me. If you need to dip something in chocolate - break a fork! 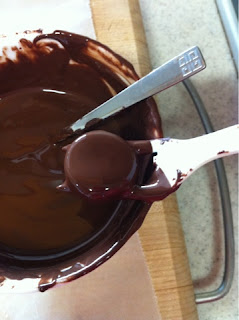 - My patties were on the small side, cuter in my opinion, so I broke one prong off of a new plastic fork and used just three prongs to make the design on top. 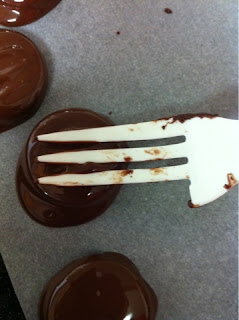 - For the design, you'll want to dip a few, then put them down to let them cool for a few seconds before you do the design on top. If the chocolate is too warm, the design doesn't stick. 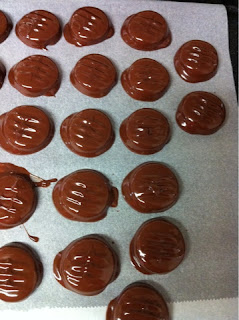 - Finally I learned that these are DELICIOUS! I haven't had a store-bought one in years, but these are definitely just as good, if not better, if my memory serves. 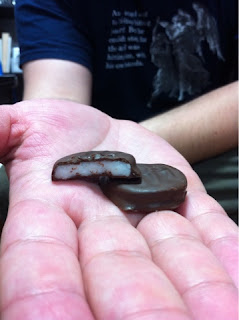