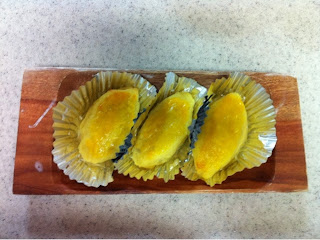 Today K went on a field trip to the zoo. (For those who are curious, this week, he went to school like a champ - very little crying and puke-free!!) For field trips, the kids have a special backpack that is a bit smaller than their regular one. As a result, while he needed to take a bento, it had to be a small bento (generally just onigiri or a sandwich) and not even in a bento box, but wrapped in foil. They were also instructed to bring a snack. Since K's onigiri contained no fruits or veggies, I thought I should make a snack that had some sort of vitamins in it. I realize these are not healthy in the least, but they do have sweet potato in and that has to count for something, right?

Start by steaming 400 grams of sweet potato. I use a tagine for this, but anything works. You could probably even do it in the microwave, but I've never tried that. 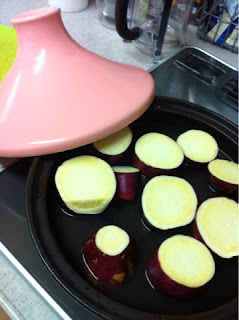 While the sweet potato is steaming, put 70 grams of sugar, 30 grams of fresh cream, 70 grams of milk, 50 grams of butter, and one egg yolk into a pan. 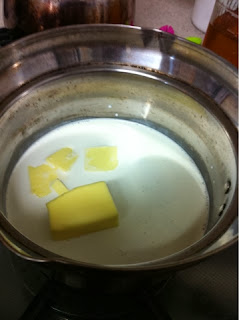 Once the sweet potato is soft, peel and mash it. 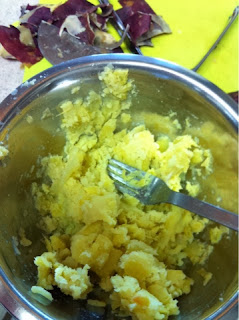 Add the mashed sweet potato to your pot and mix it up with the heat on medium. Keep cooking it like this until the liquid is gone and it starts to get kind of stiff. 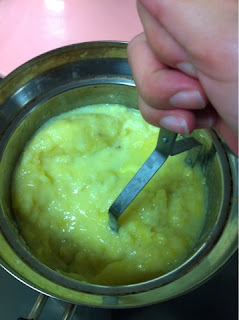 Put it into a bowl, cover with plastic wrap and put it in the fridge for about an hour or until it is cool enough to handle. 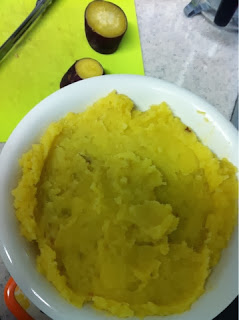 Once it has cooled down, divide it into fairly equal portions, I got 12 out of it, but the original recipe said you could probably get 15. Put each little ball in a foil wrapper. 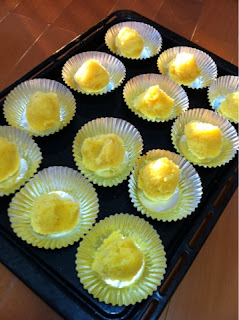 Form each little portion into an oblong shape. I don't know why we do this, but these treats are super popular in Japan during the fall and they are always this shape. I like to think it's because it looks kind of like a sweet potato (or a football?? Both equal fall to me.). Once they are all formed, crack open another egg and separate the yolk. Mix the yolk up a bit and use your finger to put some on the top. 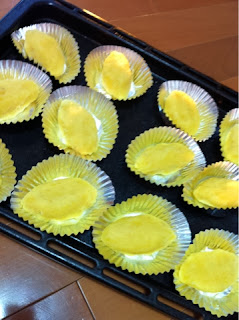 Then bake them for 15 minutes at 200C. They should have a few brownish spots on them. If not, put them back in for another 2 minutes or so. Then eat! K begged for one of these after dinner last night, and of course I gave him one. He absolutely loves them. He was so super stoked to have one at the zoo today - in fact, according to him, that was his favorite part of the day today. What a cutie! 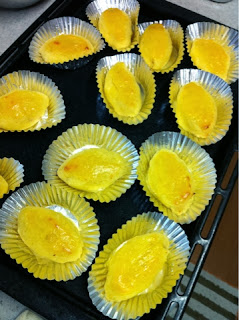 Email ThisBlogThis!Share to TwitterShare to FacebookShare to Pinterest
Labels: A Tutorial of Sorts, Baking, Random, Recipe, Things for K