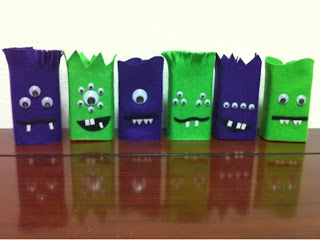 Today we were supposed to have K's kindergarten friends Halloween party, but over the weekend the little dude took a turn for the worse and caught a gnarly cold. I took him to the doctor on Monday morning and while the doctor seemed to think that sending K on his field trip to pick potatoes and having the party today would be fine, I was a bit uncomfortable with it. Kseems like he has energy, but he has this hacking cough that, quite frankly, is quite disgusting. As a mom, I'd be a bit uncomfortable if I was invited to someone's house and their kid was coughing like that. Luckily, all of the kids' schedules are free on Friday afternoon, so we have rescheduled the party!

So far these are my favorite things I have made for K's party - monster juice box covers. Last year, I did little mummy ones, but I love these even more. Just like the mummies, they were super simple to do.

I started be measuring around the juice box. As you can see it was about 16 centimeters. I added two centimeters for the seam allowance. I also measured the height, and because I wanted the covers to go above the box, I added a few centimeters. 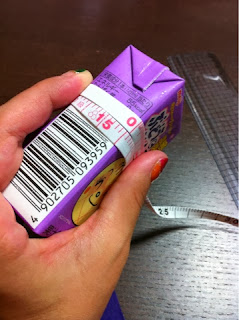 Using a large piece of felt, I cut the first rectangle to make sure it would fit well and it did - yay! 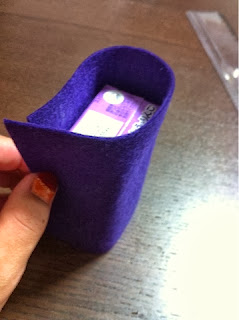 Then I cut out five more felt rectangles the same dimensions and then cut the tops so they would have silly hair. 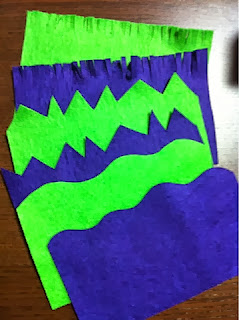 Then I cut out three different mouth patterns - two of each style - from iron-on felt. 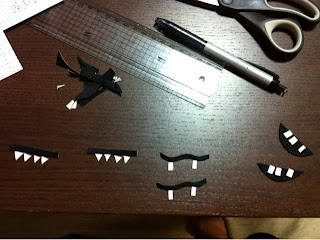 Simply enough, I positioned them towards the middle of each rectangle and ironed them on. 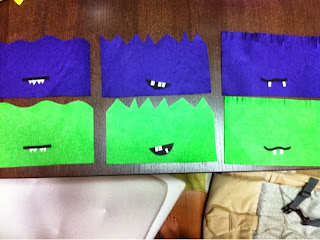 Then I hot glued on some googly eyes. I love how they all turned out. So cute!! 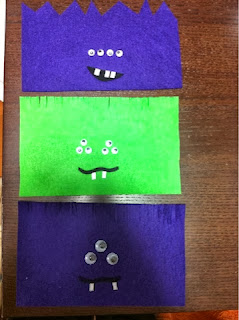 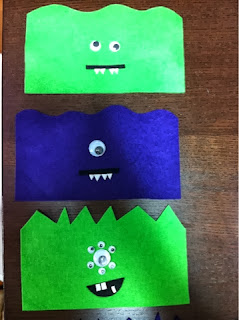 Then I sewed the two ends together with a one centimeter seam allowance. 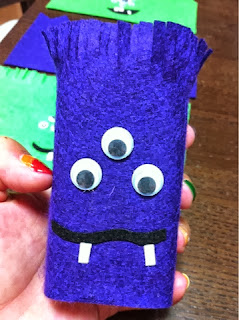 Finally, I trimmed down the excess fabric with a pair of pinking shears. And there you have it - super simple and yet adorable juice box covers. I was thinking of just cutting out rectangles and sewing them together and then letting the kids decorate them during the party, but I came up with a few other activities to do instead. 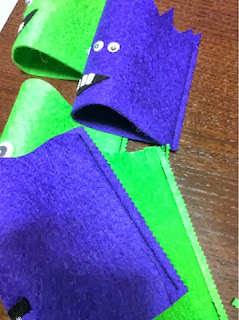 To be honest, having the party a few days late is a bit of a blessing - there's still so much more I want to do. Tomorrow we have a party with neighborhood friends at someone else's house. If I get some good photos, I will post the boys' costumes tomorrow. If not, you might have to wait until the party on Friday.﻿
Posted by The Sugar Fairy at 8:40 PM

Email ThisBlogThis!Share to TwitterShare to FacebookShare to Pinterest
Labels: A Tutorial of Sorts, Accessories, Celebrate, Felt, Halloween, Things for K